Warning: call_user_func_array() expects parameter 1 to be a valid callback, class 'collapsArch' does not have a method 'enqueue_scripts' in /home/customer/www/shepherdofhope.org/public_html/wp-includes/class-wp-hook.php on line 308
 The Power of the Resurrection - Shepherd of Hope

The Power of the Resurrection 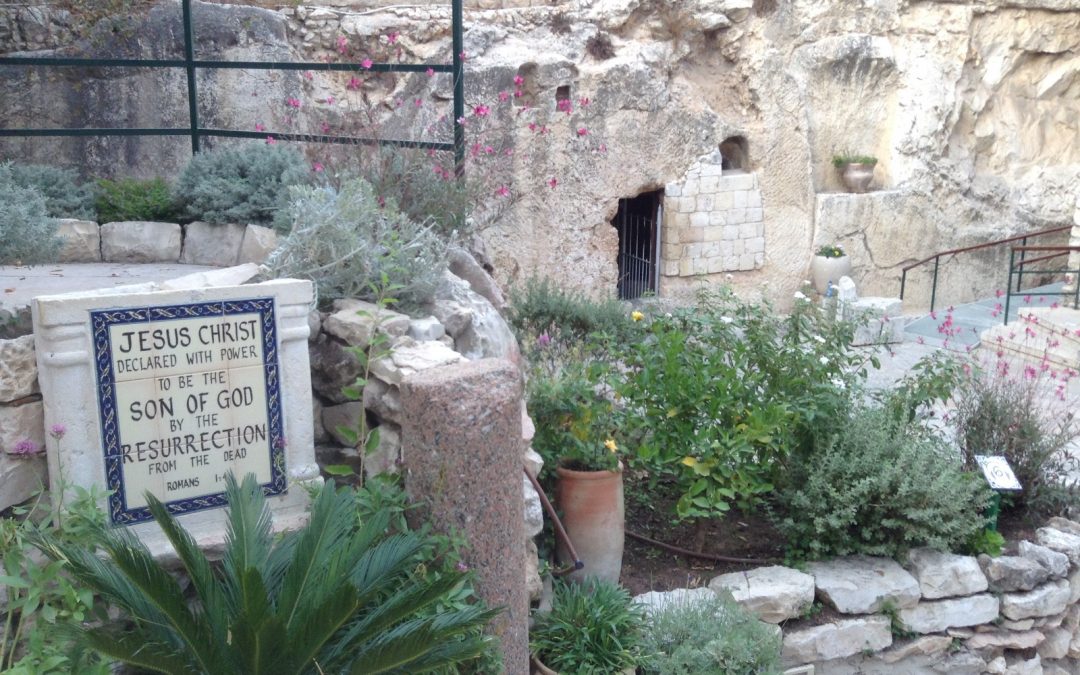 In the Gospel of Mark it states:

Mark 16:6 – “But he said to them, “Do not be alarmed. You seek Jesus of Nazareth, who was crucified. He is risen! He is not here. See the place where they laid Him.”

The angel calmly comforted those who were learning of the resurrection of Jesus for the first time. The resurrection is powerful and awesome and must have been shocking to those first witnesses. Jesus wasn’t there, “He is risen, as He said.” Those are powerful words. Why are they powerful?

The resurrection is one of the most well documented and provable events in history and as such unbelievers should take it to heart and come to the Lord. If any skeptic truly seeks out the truth of the resurrection, they will come to see the truth of it. Many have sought to study the resurrection in an effort to refute it only to find that it truly happened just as He said it would and ultimately came to faith in Christ (Matthew 28:6). (See Who Moved The Stone by Frank Morison, a skeptic who came to Christ when he investigated the resurrection). Before you forget about the resurrection and whether or not the gospel is for you, you need to check it out and see for yourself. If you fail to do so, you will not only miss out on the meaning and purpose you were created for, but you will miss out on eternal life.

Second, the Resurrection has the Power to Destroy Doubt. Jesus gave the ultimate answer to anyone who would antagonistically say to Him, “Show me!” His answer was His power over death displayed in the resurrection. Read what Jesus said to those who doubted:

The reality of the resurrection destroys doubts because if Jesus is raised from the dead, than any and all other obstacles to belief in Him are eliminated.

The title “Son of God” indicates the relationship the Father had with the Son. The Son was equal to the Father [John 1:1-3,14], yet He, unlike the Father, became a man. In doing so, He put Himself in a position of submission in which He obeyed the will of the Father. The sonship refers to His position as servant, not His nature as being less than God.

We may say therefore that Jesus, though the same substance as the Father, took that relationship of Son upon Himself by submitting to the wishes of the Father. As the Son He is no less God, He is merely taking on the role of a servant to show us what God is like and what He requires of us. [1]

The resurrection is the Spirit’s way of pointing unbelievers to take notice of who Jesus is, the Son of God, God in the flesh.

As Son of God, Jesus is higher than the angels as shown in the following verses:

Jesus is higher than the angels AND IS EQUAL WITH GOD. We see this in the following verses.

As the Son of God Jesus is the second Person of the Triune Godhead as the baptismal formula indicates:

As the Son of God Jesus is God and should be honored with the same honor as the Father, as seen in the following verses:

Jesus the Son of God shares in the Father’s glory. We see this in the following verses:

It is through faith in Jesus the Son of God that a person is saved from their sins and given eternal life as seen in the following verses:

Now all of this is declared and validated as true through the resurrection of Jesus Christ.

Fourth, The Resurrection Proves Jesus’ Teachings Are True, Authoritative and Powerful. Jesus’ resurrection validates and confirms that what He said was true. Jesus is faithful to His word. Not only that, but the resurrection demonstrates that Jesus has the power to fulfill His word. Jesus walked His talk; He backed up what He said by doing what He said He would do.

In Matthew 16 it states:

Peter preached the gospel fearlessly in Jerusalem, the very City where Jesus had been publicly executed on the cross. What the Spirit used powerfully was the fact of the resurrection. When Peter preached the gospel on Pentecost, the empty tomb of Jesus was just a stones throw away. There was no denying the power of Jesus to fulfill His promise to rise from the dead (Matthew 16:21; Mark 8:31-32; 9:10-11; Luke 9:21-22; John 2:19-22).

Paul explained the power and indispensability of the resurrection to Christianity when he was inspired to write:

The resurrection proves the authority and power of Jesus teachings.

To the Corinthians the apostle Paul writes:

The power of God demonstrated in the resurrection is the same power that is made available to the believer to live life. The apostle Paul wanted every believer to know this and said so through Divine inspiration when he wrote:

Indeed Paul was inspired to write that knowing this power was of the utmost importance for people:

The resurrection of Jesus is the proof that He is able to remove any stone in your life that is keeping you from Himself. That gives us hope. Peter said it best when he was inspired to write:

Eight, the resurrection is God’s stamp of approval that the atoning sacrifice of Jesus was, is and always will be sufficient to fully and completely satisfy His just and holy requirement of the Law as it pertains to the forgiveness of sins. This is a truth of pure and limitless grace. IN John’s inspired account of the crucifixion of Jesus it states:

“It is finished!” Theses words indicate that Jesus declared that all of the Father’s just and holy requirements of the Law were satisfied so that on the basis of His cross-work and only on the basis of His cross-work, a person could come to God and by trusting in Jesus’ redemptive work, seek forgiveness for their sins and receive forgiveness justly. God doesn’t just overlook sin when He forgives, He forgives on the basis of the just and satisfactory work of His only Son Jesus. This is what Jesus declares when He says, “It is finished!”

But there is more to this story. Jesus’ words, “It is finished!” are powerful and packed with truth and substance. But it is the resurrection that validates His claim. Jesus said, “It is finished!” and it is the resurrection that proves the words true. The resurrection of Jesus declares the work necessary to make salvation possible is completed; God’s justice is satisfied. That’s important because it also means, there is no more work to accomplish, there is no more outstanding debt of sin to be paid for those seeking salvation. The sinner does not have to work their way into God’s good graces, they merely have to plead the blood of Jesus, they merely have to come by God’s grace through faith in Jesus and receive the gift of salvation based on the cross and resurrection of Jesus. Glory! Hallelujah! Praise the Lord! Hosanna in the highest!

Not Permission to Sin; but Power to Not Sin

A word of caution and correction; even in Paul’s day people were inclined to abuse and misinterpret this great provision of God (Romans 6:1ff.). While good works and a holy life are not necessary for salvation, that does not mean we have a license to sin. Quite the contrary, God’s grace does not provide us with permission to sin; God’s grace provides us with power not to sin. God in Christ does not save us to indulge our sinful self or be sinfully selfish, carnal and fleshly. God in Christ makes a way to overcome enslaving sin and the sinful self (2 Corinthians 5:14-21). God’s provision of grace in Christ’s cross and resurrection should so impact us with the love of God that we no longer live for ourselves but live lives of loving appreciation shown in the offering of good works and selflessness to God for His glory. This is God’s plan (1 Corinthians 6:19-20; Ephesians 2:10).

Getting Rid of That Heavy Stone Burden of Sin

We have said that the religious leaders of Jesus’ day heaped religious burdens on those who they ruled. Life is filled with burdens that weigh us down. These burdens keep us from soaring with the Lord. How can we rid ourselves of the heavy stony burden?

Once we accept that we are weighted down by sin, we need to bring our sinful burden to the LORD:

Jesus is the One who bore our burden of sin for us and when we put our faith in Him, give Him our burden by faith, and believe in Him, He has the power and will remove our burdens from us. As Isaiah wrote:

What is it to believe in your heart that God has raised Jesus from the dead? Is it not to trust in faith that the stone meant to shut Him up in that cold hard tomb has been rolled away? It is to believe that Jesus really is able; He has the power to take away your burdens of sin. Confess then that Jesus is Lord for having done this, and that by the power of the resurrection He is able to forgive sin.