Warning: call_user_func_array() expects parameter 1 to be a valid callback, class 'collapsArch' does not have a method 'enqueue_scripts' in /home/customer/www/shepherdofhope.org/public_html/wp-includes/class-wp-hook.php on line 308
 Don’t give up – PRAY! - Shepherd of Hope 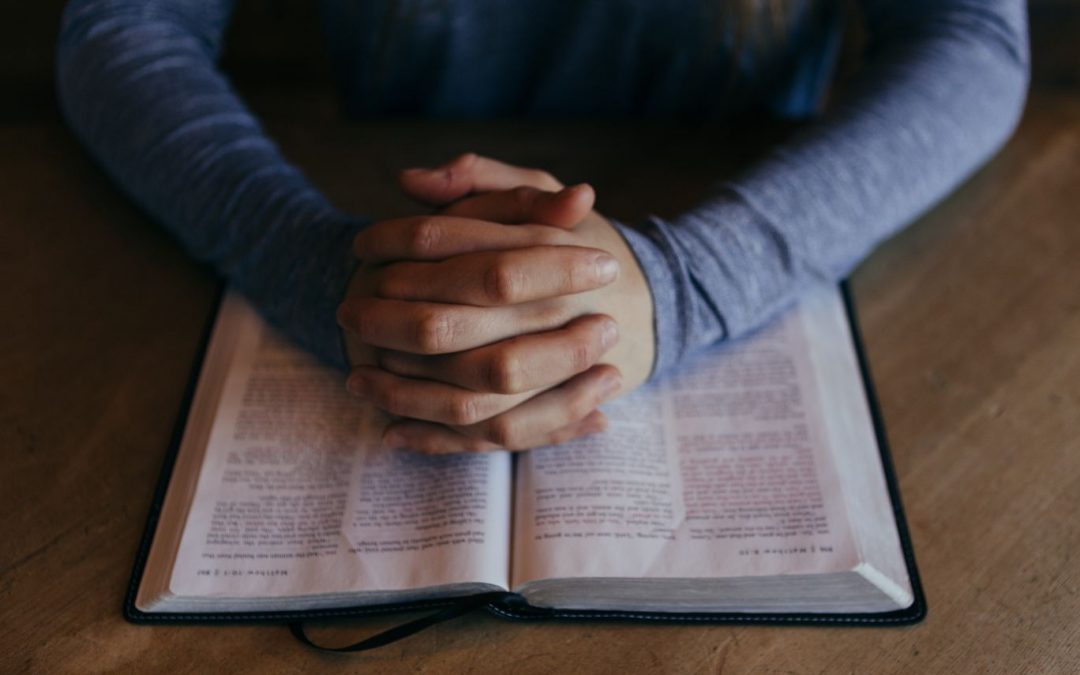 “Peter was therefore kept in prison, but constant prayer was offered to God for him by the church.” – Acts 12:5

The early disciples of Acts were people of prayer. Their prayers were often spurred on by persecution and imprisonment. In Acts 12 their leader James had been executed. When Herod saw that the execution of James pleased the people he arrested Peter too. Peter was now in prison with a similar fate hanging over his head. It was scary to see the leaders of the church being picked off one by one. These early Christians really had little alternative but to pray.

Prayer is a declaration of dependence upon God. The way the early disciples got through trying times was by prayer. They reached outside of themselves and called out to God in their predicament of persecution. That is always the best response in trying times, call out to God.

Today we similarly see the enemy coming in like a flood. God’s promise is that the Spirit would lift up a standard against him (cf. Isaiah 59:19). But too often the church has turned to politics, the legal system, advertising, demonstrating, leveraging, and the modern social networking to battle. While these options have their place, they are all impotent without prayer and the empowerment of the Spirit.

John Wesley was a man of prayer and he was mightily used by God to turn the nation of England around in times not dissimilar to the ones we are seeing in our nation. In trying times of opposition Wesley stated, “You need not utterly despair even of those who for the present ‘turn again and rend you.’ For if all your arguments and persuasives fail, there is yet another remedy left, and one that is frequently found effectual, when no other method avails. This is prayer. Therefore, whatsoever you desire or want, either for others or for your own soul, ‘Ask, and it shall be given you.’” [i] My brothers and sisters, we need to pray.

John Chrysostom, the 4th century archbishop of Constantinople known as “the golden tongued orator,” spoke out fervently against the abuse of authority in and outside of church. He eloquently spoke of the power of prayer stating, “The potency of prayer hath subdued the strength of fire; it had bridled the rage of lions, hushed anarchy to rest, extinguished wars, appeased the elements, expelled demons, burst the chains of death, expanded the gates of heaven, assuaged diseases, repelled frauds, rescued cities from destruction, stayed the sun in its course, and arrested the progress of the thunderbolt. Prayer is an all-efficient panoply, a treasure undiminished, a mine which is never exhausted, a sky unobscured by clouds, a heaven unruffled by the storm. It is the root, the fountain, the mother of a thousand blessings.” [ii] My brothers and sisters, we need to pray.

Prayer should be our first and most fervent response in situations such as the one we see in Acts 12. We should always be praying (1 Thessalonians 5:17). The prayer described in verse 5 is “constant.” What is “constant” prayer? The word “constant” is translated from the Greek term ektenes which means, “intense, intent, without ceasing, fervent.” This word can be further traced to the root word ekteino which is formed by adding the prefix ek which means out of, or from within to the word teino which means “to stretch; to extend . . . cast, put forth, stretch forth (out).” The prayer offered by the church for Peter in this predicament was prayer that was intense and fervent. It stretched them to the limits.

Sometimes people can see prayer as a manipulative work which leverages God to answer them in a favorable way. This fails to grasp the heart of God who desires to answer our prayers and does so in a way that is best and in line with His perfect will (e.g. Luke 11:13). At other times people go to the other extreme and allow their prayers to be half-hearted, casual, emotionless wrongly thinking that emotional prayer is somehow spiritually superficial or a lack of faith in God’s grace. That is just as faulty a view of prayer. When we pray, we should always put our heart in it. When we pray, we should never allow our words to be casual, neglectful or presumptive. When we pray, we should pray with all our heart. That is the kind of prayer we see in Acts 12:5.

What kind of prayer is constant prayer? In Gethsemane Jesus prayed “more earnestly” (en agonia ektenesteron). Jesus prayed constantly. “His sweat became like great drops of blood falling down to the ground.” (Luke 22:44). Similarly, in Hebrews it describes Jesus’ praying as, “vehement cries and tears” to God as he approached the cross (Heb. 5:7). Jesus prayed with all His heart. So should we.

E.M. Bounds described constant prayer as, “to pray till hell feels the ponderous stroke, to pray till the iron gates of difficulty are opened, till the mountains of obstacles are removed, till the mists are exhaled and the clouds are lifted, and the sunshine of cloudless day brightens – this is hard work, but it is God’s work and man’s best labor.” [iii] God does the work, but in His sovereign plan He requires we participate in His work through prayer requests that are fervent, intense, sincere, from our heart.

A biblical word related to constancy in prayer is “fervency.” In The Necessity of Prayer Bounds writes about fervency in prayer saying: “Prayers must be red hot. It is the fervent prayer that is effectual and availeth. Coldness of spirit hinders praying; prayer cannot live in a wintry atmosphere. Chilly surroundings freeze out petitioning; and dry up the springs of supplication. It takes fire to make prayers go. Warmth of soul creates an atmosphere favorable to prayer, because it is favorable to fervency. By flame, prayer ascends to heaven. Yet fire is not fuss, nor heat, noise. Heat is intensity – something that glows and burns. Heaven is a mighty poor market for ice. . . . The Holy Spirit comes as a fire, to dwell in us; . . . Our Lord warns us against feeble praying. ‘Men ought always to pray,’ He declares, ‘and not to faint.’ That means that we are to possess sufficient fervency to carry us through the severe and long periods of pleading prayer. Fire makes one alert and vigilant, and brings him off more than a conqueror. . . . Fervency has its seat in the heart, not in the brain, nor in the intellectual faculties of the mind . . . It is not in our power, perhaps, to create fervency of spirit at will, but we can pray God to implant it. ” [iv]

Epaphras is an example of one who was known for “laboring fervently . . . in prayers” (Col. 4:12). The word “fervently” comes from the Greek term agonidzomai and has the meaning of, “to struggle, . . . to compete for a prize . . . to contend with an adversary, . . . to endeavor to accomplish something . . . fight, labor fervently, strive.” Prayer can involve a great struggle; an agony in our hearts battling against satanic enemies and stretching our hand out to God for answers and help.

We need to call out to God and ask Him to fire up our prayers. The fellowship of believers in prayer can help us find the fire of the Spirit in prayer. Paul wrote: “Now I beg you, brethren, through the Lord Jesus Christ, and through the love of the Spirit, that you strive together with me in prayers to God for me,” (Rom. 15:30). The word “strive” here is a derivative of agonidzomai and is sunagonidzomai which means, “to struggle in company with, . . . strive together with.” God helps us acquire the fire of fervency in prayer by coming together with other believers. In Acts 12 we see the Church coming together to pray intensely and fervently for the situation with Peter. And it is in such fiery fervent prayer that the Spirit acts.