When God Steps In – A Prophetic Word – Part 4 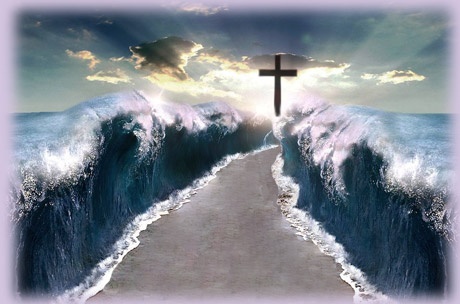 “Therefore humble yourselves under the mighty hand of God, that He may exalt you in due time, casting all your care upon Him, for He cares for you.” – 1 Peter 5:6-7

I hope you are being blessed by our study of When God Steps In – A Prophetic Word. I hope you are being edified, exhorted and comforted by what we are learning. Even if God doesn’t step in like we had hoped, even if He doesn’t part the sea or move the mountain, God gives us grace to still trust in Him. That’s a glorious life sustaining truth and promise of God from His word. That’s something that gives us hope and helps us to press on in life.

Now in our final part of this series we will touch on some other Biblical examples of when God steps in as well as circle back to the context of our original prophetic verse, 1 Peter 5:6-7. I believe that’s a fitting way to conclude our study. I hope you find it is too. I hope you find further edification, exhortation and comfort.

Examples of God Stepping In

There are a lot of other examples of God stepping in to care for His people:

What Do We Do Until God Steps In?

So, what do we do in the meantime; as we wait on the Lord to step in? The Apostle Peter had a heart for the persecuted. He was inspired by God to write to a pilgrim church dispersed by persecution. His first epistle is written to those facing persecution and suffering. In the last chapter of Peter’s first epistle, he offers some words of comfort as well as instruction.

Church leaders be a shepherd to the flock of God looking to “the Chief Shepherd.” Receive this passage as a prophetic word to leaders in the church.

Don’t try to profit off of God’s people. Don’t be dishonest. Serve eagerly; with passion and excitement. Don’t be a cold task master. Be ana example of “the Chief Shepherd” who gave His life for us in love. Love those you oversee like Jesus loves them. Do that, and “you will receive the crown of glory that does not fade away.”

Young people submit to those more mature in the faith. This implies respect for older people. It implies being teachable. It implies cooperation, teamwork, comradery, togetherness.

The American historian Charles A. Beard summarized the lessons of history in the following way:

Whom the gods would destroy, they first make mad with power; The mills of God grind slowly, but they grind exceedingly small; the bee fertilizes the flower it robs; and when it is dark enough, you can see the stars.[1]

Warren Wiersbe in his book On Being A Servant gives the following four pointers that he believes young people would profit from:

Those are truths we can all profit from!

All of you in the body of Christ be humble and submissive to one another as a whole.

Understand God resists the proud, but gives grace to the humble.

Practice humility. Don’t be “my rights” oriented. Instead learn to live in surrender to the Lord; His timing; His will; His decisions.

Be humble and trust God’s mighty hand to exalt you when the time is right.

Sober up, sharpen up, shield up, for the devil is on the prowl.

The devil is on the prowl like a lion. He’s roaring because he’s hungry. He wants to eat you for lunch. Resist him. Be firm and steadfast in your faith. Be aware that you’re not the only one suffering in this world. There are other Christians suffering too. Rely on God’s grace. Never forget God calls “us to His eternal glory by Christ Jesus.” Understand too that suffering and difficulty are instruments God uses to “perfect, establish, strengthen, and settle you.” And always give Him glory. Always live for His dominion and rule.

Some more pearls to prepare us.

We don’t know when God is going to step in. But we do know confidently, that based on the truth and faithfulness of God and His word, God will step in. Until then, “humble yourselves under the mighty hand of God, that He may exalt you in due time, casting all your care upon Him, for He cares for you.”

Father, I come to You in Jesus’ name. Again, I humble myself before Your mighty hand and cast all my cares upon You for You care for me. I believe that. I accept that. Please give me faith to wait on Your plan. You have shown over and over again, Your faithfulness to step in to the lives of Your children. Help me to keep the examples of Your intervening actions in my mind and heart and to hope in You. Please help me to implement all I have learned in this study. Help me to trust You to use me to bring glory to Your name. Please Father, in Jesus’ name, make me what I need to be, to do what You call me to do, for Your glory, until Jesus’ returns. In Jesus’ name, amen.

[1] From Warren Wiersbe’s book On Being a Servant, Chapter 18.