Warning: call_user_func_array() expects parameter 1 to be a valid callback, class 'collapsArch' does not have a method 'enqueue_scripts' in /home/customer/www/shepherdofhope.org/public_html/wp-includes/class-wp-hook.php on line 308
 The Righteous Judge - Shepherd of Hope 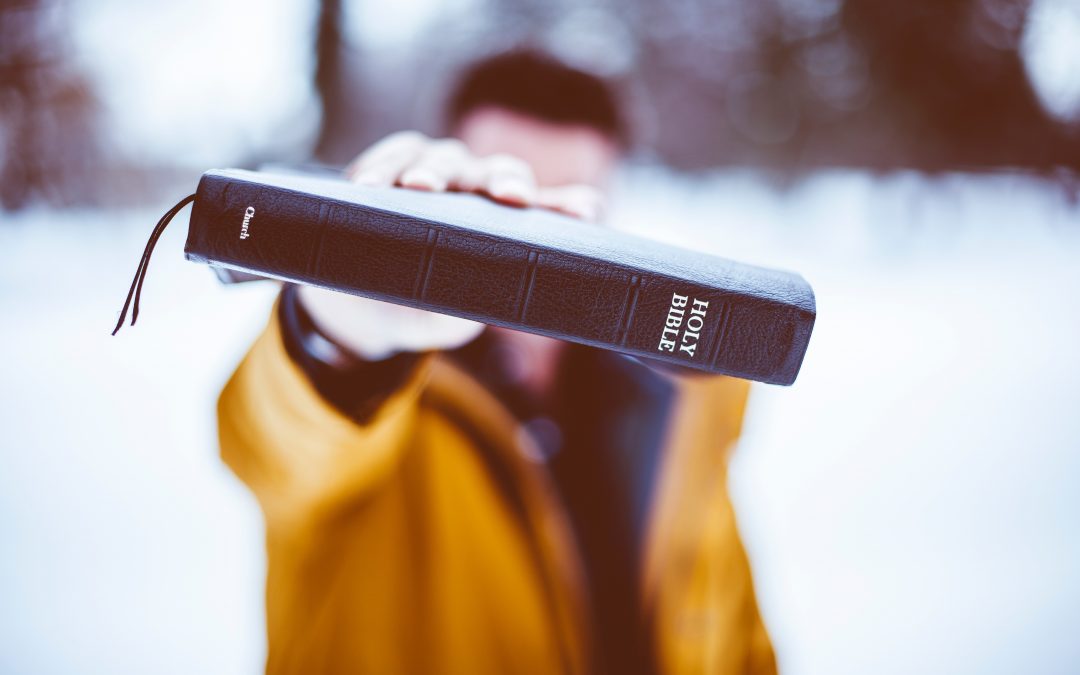 Now therefore, be wise, O kings; be instructed, you judges of the earth. Serve the LORD with fear, and rejoice with trembling – Psalm 2:10-11

President Trump just nominated another judge to be considered for a position on the Supreme Court. Whenever a judge is nominated for a seat on the Supreme Court it creates a great deal of commotion. When the nominee is made by a Democratic President the Republicans resist. When the nominee is made by a Republican President the Democrats resist. Once nominated the nominee has to undergo a weathering gauntlet of Senate approval grilling. It’s not for the faint of heart. And what makes such decisions even more stressful is that some nominees, once appointed to a lifelong position on the Court, are then free to be who they really are and to make decisions based on how they really believe. “Conservative” nominees sometimes make very liberal decisions once on the court. Unfortunately, I can’t think of any “liberal” nominees who voted conservative. Why is that? I hate that.

What does the Bible say about righteous judges? In the second Psalm, a Messianic psalm, the LORD asks, “Why do the nations rage, and the people plot a vain thing? The kings of the earth set themselves, and the rulers take counsel together, against the LORD and against His Anointed, saying, ‘Let us break Their bonds in pieces and cast away Their cords from us” (Psalm 2:1-3). And isn’t that exactly the spirit we find today? The LORD seems to be the last Person anyone consults when choosing someone for a prominent position in public life. But the LORD should be the first Person sought for counsel in such weighty decisions. I hope our President’s allusions to faith are genuine. I hope they are real and that he has sought the Lord in prayer for guidance. Choosing candidates for the Supreme Court is a serious decision that can affect our nation for decades to come (should the LORD tarry). I suspect our president has sought the LORD. Love “believes all things” (1 Corinthians 13:7). I pray he has sought the Lord’s counsel.

The world’s waywardness and defiance toward God doesn’t trouble Him in the least. In fact, the psalm states, “He who sits in the heavens shall laugh; the LORD shall hold them in derision. Then He shall speak to them in His wrath, and distress them in His deep displeasure: . . .” (Psalm 2:4-5). God has a way of working around those who reject Him. He chooses to include people in His plans. But He is not hindered by those who rebel against Him. Indeed, the Almighty LORD of Heaven and Earth finds such unholy libertarianism, liberalism and rebellion against God quite comical. It causes him to giggle, and then out right laugh. Can’t you just picture God Almighty giving a great big belly laugh? A “Ha!” that causes the earth to tremble.

The LORD’s answer to those who see His laws and plans as “bonds” and “cords” is King Jesus. “Yet I have set My King on My holy hill of Zion” He says (Psalm 2:6). “I will declare a decree: The LORD has said to Me, You are My Son, today I have begotten You” (Psalm 2:7). Take that you who would chide blasphemously toward God that “God does neither beget nor is He begotten.”

Jesus is the answer. And to Jesus the LORD says, “Ask of Me, and I will give You the nations for Your inheritance, and the end of the earth for Your possession. You shall break them with a rod of iron; You shall dash them to pieces like a potter’s vessel’” (Psalm 2:8-9). Jesus came the first time as a Suffering Servant Who gave His life a ransom for many (e.g. Isaiah 53; Matthew 20:28; Mark 10:45; 1 Timothy 2:6). Jesus has completed His redemptive work of the Gospel. On the cross He said, “It is finished!” (John 19:30). But He isn’t completely done yet. We haven’t seen the last of Jesus. He’s coming back! And when He does He will come not as a meek Lamb, but as “KING OF KINGS AND LORD OF LORDS” (e.g. Revelation 19:16). He will come not to plea bargain, but to assert righteousness and enforce justice and truth with a “rod of iron.” Those who don’t comply He will “dash them to pieces like a potter’s vessel.”

In light of this glorious and terrible truth, the LORD says, “Now therefore, be wise, O kings; be instructed, you judges of the earth. Serve the LORD with fear, and rejoice with trembling” (Psalm 2:10-11). Kings and leaders need to wise up. Judges need to include this consideration in their training. “Serve the LORD” should be the objective. And service needs to be done in reverential “fear” of the LORD, even “trembling” in the awareness of a Holy Just God Who is watching. We need to revere God in weighty decisions even if they are in a worldly setting. To ignore the Lord in anything, especially such important decisions as choosing Supreme Court judges or any other political office candidates is the height of foolishness. It is always wisdom to consider the Lord.

The psalm concludes with the words, “Kiss the Son, lest He be angry, and you perish in the way, when His wrath is kindled but a little” (Psalm 2:12a). Turn to the Son of God Jesus. Kiss Him; worship Him or you will perish in His righteous wrath. Jesus is loving and kind and merciful and gracious. But He is also JUST and RIGHTEOUS and HOLY. Don’t foolishly hold to a fantasy Jesus who is nothing more than an idol of human concoction. Jesus is coming back and He will come back to enforce justice, true justice, not the oftentimes corrupt cowardly excuse for justice of our day. If you want a blessing remember, “Blessed are all those who put their trust in Him” (Psalm 2:12b).

Indeed, God is the Judge of all the earth (Psalm 58:11; cf. also Genesis 16:5; 18:25; Exodus 5:21). He alone is the only perfectly just Judge (Psalm 7:11; 9:8; Psalm 50). But He delegates authority to earthly judges. Truly, a judge doesn’t find their true potential apart from involving God the Judge of all the earth in their work. The Bible says wisdom is the means by which we judge successfully. “By me princes rule, and nobles, all the judges of the earth” (Proverbs 8:16). And the beginning of wisdom is the fear or reverence of the LORD (Proverbs 1:7). Judges should judge in reverent consideration of God.

The word of God is God’s revelation to humanity (e.g. Psalm 119). It is the Creator’s manual for life. It speaks to us about all the most important life issues. It provides principles to life by. Therefore, what does the Bible say about righteous judges?

First, a righteous judge is from the LORD. Through Moses the Lord instructed His people, “You shall appoint judges and officers in all your gates, which the LORD your God gives you” (Deuteronomy 16:18). We need to be praying for judges to be placed in position who are from the LORD. Godless judges are a scourge and burden to a people. But godly judges, who get their wisdom from the Lord, they are blessed. Solomon made righteous wise judgments as long as he sought the Lord (e.g. 1 Kings 3:9; 2 Chronicles 1:10-11).

Second, a righteous judge is a representative of the LORD. When two parties are disagreed or there is an offense between them they are instructed to “stand before the LORD, before the priests and the judges who serve in those days” (Deuteronomy 19:17). Now granted much of what I am sharing here is taken from scripture dealing with a theocracy of Israel. But there are principles here to apply. How many courtrooms have the words “In God We Trust” on their walls? A good judge, a righteous judge is one who understands he represents a Higher Authority. And that Higher Authority is not merely a secular government, it is the LORD Himself.

Third, a righteous judge makes careful decisions. The Bible states, “And the judges shall make careful inquiry” (Deuteronomy 19:18a; cf. also 25:1). This involves hearing witnesses, weighing evidence, making a decision and rendering a sentence (e.g. Luke 19:22; John 7:51). All of this involves careful objective consideration of the facts of each case. A righteous judge is one who is diligent in their responsibilities (Exodus 18:13). It should go without saying but a righteous judge needs to act righteously (Leviticus 19:15; Deuteronomy 1:16; 16:18). A judge is in a position of great responsibility. They justify the righteous and condemn the wicked (Deuteronomy 25:1). They have the authoritative power to imprison people (Luke 12:58).

Fourth, a righteous judge is part of God’s shepherding of His people. “Have I ever spoken a word to any of the judges of Israel, whom I commanded to shepherd My people” (1 Chronicles 17:6). God shepherds His people through leaders and judges fall into that category. God’s will is often rendered through a judge. A judge is given a great deal of authority and God uses them to work in the lives of people. A righteous judge makes known God’s statutes (Exodus 18:16). And a righteous judge, dealing with people, means they need to be willing to undergo the scrutiny and assessments of other people (Psalm 7:8).

Fifth, a righteous judge can degenerate into a useless judge. A judge who disregards God and His word is a judge who is a drift, tossed too and fro with every whim of human trend (e.g. Isaiah 40:23). A judge left to their own devices becomes more a wolf than a shepherd (Zephaniah 3:3). But the Lord is able to “restore judges as at the first” (Isaiah 1:26). Judge, if you’ve lost your way, return to the LORD!

Jesus instructed, “Do not judge according to appearance, but judge with righteous judgment” (John 7:24). A righteous judge will look deep into a case and its evidence. They will reserve judgment until all the facts are presented (Proverbs 18:17). They don’t avoid responsibility but take responsibility even when, especially when a case involves controversy or life and death situations (John 18:31).

Ultimately, every earthly judge will be judged by Jesus and His words (John 12:48; cf. also Romans 2:16; 2 Timothy 4 1 and 8). A righteous judge needs to themselves live righteous. Hypocrisy will rot the gut of a righteous judge (Romans 2: 1 and 3).

God is the Judge of all (Hebrews 12:23). “They will give an account to Him who is ready to judge the living and the dead” (1 Peter 4:5). “They” includes all judges; all people. God is the “Judge of all the earth.” This is stated from the beginning of the Bible (Genesis 18:25), through the middle of the Bible (Psalm 94:1-2), through to its end (Hebrews 12:23). A righteous judge takes that into consideration when they serve in their calling. We should too when we prayerfully support and choose our earthly judges.