Warning: call_user_func_array() expects parameter 1 to be a valid callback, class 'collapsArch' does not have a method 'enqueue_scripts' in /home/customer/www/shepherdofhope.org/public_html/wp-includes/class-wp-hook.php on line 308
 Resurrection Revelations - Shepherd of Hope 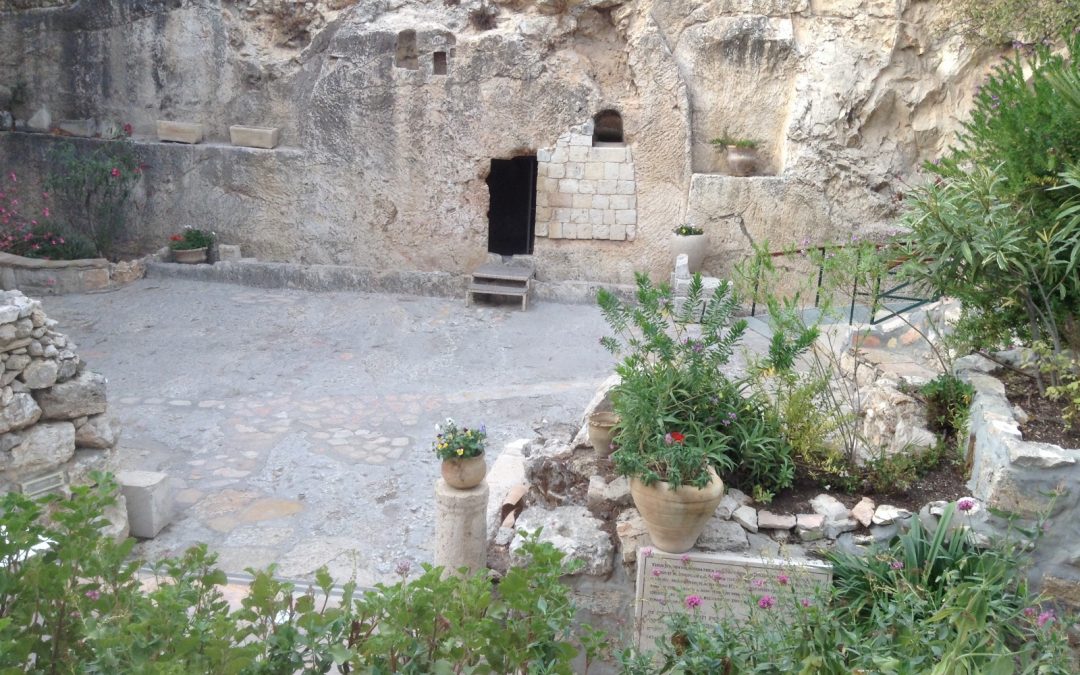 I have hope in God, which they themselves also accept, that there will be a resurrection of the dead, both of the just and the unjust. – Acts 24:15

Paul tied his hope to the resurrection and said it was based on his understanding of the Old Testament.

Resurrection Revelations from the Old Testament

In what some people see as the oldest book of the Old Testament, the book of Job, we find this reference to the resurrection of the physical body:

Apparently from the earliest of times people like Job had an understanding of bodily resurrection.

King David spoke of the resurrection and how it is the basis of gladness and hope when he was inspired to write:

It should be noted that this is a Messianic psalm and is applied in the New Testament to Jesus (Acts 13:35).

The prophet Isaiah referred to bodily resurrection when he was inspired to write:

Hosea, a contemporary of Isaiah was inspired to refer to the bodily resurrection when he wrote:

The prophet Daniel spoke of bodily resurrection when he was inspired to write:

And the resurrection is linked not only to individuals in general but is linked to the Messiah (Psalm 16:10 as mentioned above and in Isaiah 53:10-12). Resurrection is also used to speak prophetically about Israel as a nation. Ezekiel used the imagery of dead bones being brought back to life to depict prophetically the resurrection of the nation of Israel (Ezekiel 37:1-14). The idea of resurrection was therefore something that was introduced in the Old Testament and not a merely a New Testament phenomena.

But despite these references and others in the New Testament that refer to the belief in resurrection by Old Testament believer (John 11:24; Hebrews 11:35) there seems to have been an element of uncertainty and even denial about the resurrection in the Old Testament. Job expressed it when he was inspired to say:

The Sadducees, Jewish liberal religious leaders of Jesus day denied that there was a resurrection (Matthew 22:23; Luke 20:27; Acts 23:8). Some have lightheartedly commented it was because the Sadducees did not believe in the resurrection that they were sad-u-see. We have to go to the New Testament for the full revelation on the Resurrection.

Resurrection Revelations in the New Testament

Jesus believed in and taught that the resurrection was a reality to be expected.

Second, Jesus proved resurrection is possible by raising from the dead Himself. The apostle Paul was inspired to write in this regard:

Because Jesus rose from the dead it proves it can be done. We can not rise from the dead on our own, but when we put our faith in Jesus we are assured to follow Him in resurrection.

It is reported that at the close of the Battle of Waterloo, upon the issue of which hung the destinies of Europe, the English people were anxiously awaiting news of the result. Their only means of communication was a system of signal lights flashed across the English Channel. The fog became so dense that only a part of the message was made out. It read, “Wellington defeated.” Gloom settled upon the English. But imagine their joy when the fog lifted and they received the whole message, “Wellington defeated the enemy.”

When Christ was crucified, His disciples were so enshrouded by the fogs of doubt that they saw but one meaning to the sad event, “Christ defeated.” All hope was gone; Christ was dead. But Easter morning brought the glorious fact of the risen Lord, and the message read, “Christ defeated the devil.” How glorious! By dying, Christ conquered the grave; by ascending, Christ made possible our ascension even to heaven. Hallelujah! “O death, where is thy sting? O grave, where is thy victory?” “Thanks be to God, which giveth us the victory through our Lord Jesus Christ.” – William Moses Tidwell, “Pointed Illustrations.”

Third, resurrection of Jesus and others is not impossible or even incredible because of who God is. If you believe in God and that nothing for Him is impossible (Jeremiah 32:17, 27; Matthew 19:26; Mark 10:26; Luke 1:37; 18:27), then not only is resurrection of our bodies not impossible, and not incredible, but it is very possible and credible because of who God is. The apostle Paul expressed this when he was inspired to say in his defense before King Agrippa:

The implication is that we should not think of the resurrection as incredible.

The resurrection is God’s stamp of approval for the atoning substitutionary sacrifice of Jesus on the cross (2 Corinthians 5:21). By Jesus raising from the dead he showed that His work on the cross was accepted by God as the just and satisfactory recompense for the sins of the world and was efficacious to defeat the last enemy, death (Romans 6:23). Because of the resurrection of Jesus, we hear the New Testament proclaim:

The resurrection of Jesus is the fulfillment of Scripture (Luke 24:45-46) and God’s stamp of approval and our tangible proof that salvation from sin and resurrection to eternal life is possible and available through faith in Jesus (John 3:16).

Fifth, the resurrection of Jesus is reasonably provable. The empty tomb proves Jesus rose from the dead (John 20:1-9). The angels testifying to Jesus’ resurrection is evidence that it is true (Matthew 28:5-7). Even the enemies of Jesus, who made a feeble attempt to cover it up admitted Jesus had been resurrected from the dead (Matthew 28:11-15, 62-66). John and Luke testified that there were many infallible proofs (John 20:20, 27; Acts 1:3). The apostles believed in the resurrection of Jesus and preached it boldly in the power of the Holy Spirit (Acts 1:22; 4:2, 33; 17:18; 24:15). They saw the resurrection as reasonable (1 Corinthians 15:35-49). The early Christians who predominantly came from the ranks of Judaism believed so strongly that Jesus had been raised from the dead on the first day of the week that they changed their day of worship from the normal Saturday Sabbath to the first day of the week (John 20:1, 19; 1 Corinthians 16:2). Only the power of the resurrection of Jesus could move them to make such a change in their patterns of worship.

You may have never heard of Sir Lionel Luckhoo. But if you open the Guinness Book of Records you’ll discover he is listed as the most successful trial lawyer ever – he had 245 successful murder defenses in a row! To give you an idea how good that is, Perry Mason was a TV show about an unbelievably good lawyer. The producers had him lose a case after 70 successful ones, because they didn’t think anyone would find him credible.

Yet despite his fame, success, and wealth he felt empty inside. The older he got the more meaningless life appeared. Then at 63 he turned his analytical skills to the claim that Jesus rose from the dead. He found that the message of Jesus’ resurrection satisfied his personal needs and his intellectual questioning. “I have spent more than forty-two years as a defense trial lawyer in many parts of the world.” he later wrote. “I say unequivocally the evidence for the resurrection of Jesus Christ is so overwhelming that it compels acceptance by proof which leaves absolutely no room for doubt!”[1]

Seventh, the resurrection is a source and basis for hope. Paul was inspired to write in the New Testament:

We live in fallen failing dying physical bodies but because of the resurrection we have hope that once we die, through the resurrection of the body we will receive new bodies with eternal characteristics.

One of the aspects of the hope we have in the resurrection is that our physical bodies will undergo a change. Paul writes:

Ninth, everyone will be resurrected in the end. The New Testament speaks of two resurrections. Jesus said:

The second group of resurrected saints would appear to be those raised at the Rapture of the Church (1 Thessalonians 4:16). The Bible states that for the New Testament Christian who dies, to be absent from the body is to be present with the Lord (Luke 23:43; 2 Corinthians 5:8). The Christian who dies now goes immediately into the presence of Jesus. But it would seem that resurrection bodies are not given until “His coming” (1 Corinthians 15:23), at the last trumpet (1 Corinthians 15:51-55; Revelation 4:1) or the Rapture of the Church.

Yet he had trials, both many and heavy; but if I were asked, “When have you seen him most triumphant and joyous in his trust in God?” I should reply, “When, with a beaming face, he has expressed his unbound confidence in God that the trial must be one of the ‘all things’ that ‘work together for good.’ ” Every weakness or trial, being cast upon God, became to him a source of strength. In response to that infinite love which called him from a life of sin as a young man, he loved him, everybody and everything; so that the highest pleasure was found in seeking to please him whom he esteemed it his highest privilege to serve.

Again, the Bible was no mere text-book to him, but the medium of constant communication between him and his heavenly Father. Nor was the expression, “Praying always,” a mere figure of speech; but his daily practice.

Another special characteristic was his great humility; always was nothing — Christ everything. Not long ago a friend said to him, “When God calls you home, Mr. Mueller, it will be like a ship going into harbor in full sail.” “Oh, no, he said, “it is poor George Mueller, who needs daily to pray, ‘Uphold my goings … that my footsteps slip not.’ ” Some may be ready to say, “A spiritual giant has fallen.”

He has not fallen; he has been raised to his reward.

Wednesday was the first time he allowed that he was weak or weary, and that same night a heavenly escort was sent to take him in triumph up, up into the presence of the Lord, who would not let him labor with any sense of weariness after seventy and more years of such faithful service. The precious casket that had held his spirit so long fell back to our loving care, and we reverently place it to rest until the resurrection morn — Address at Funeral of George Mueller.