Warning: call_user_func_array() expects parameter 1 to be a valid callback, class 'collapsArch' does not have a method 'enqueue_scripts' in /home/customer/www/shepherdofhope.org/public_html/wp-includes/class-wp-hook.php on line 308
 Death and Life - Shepherd of Hope 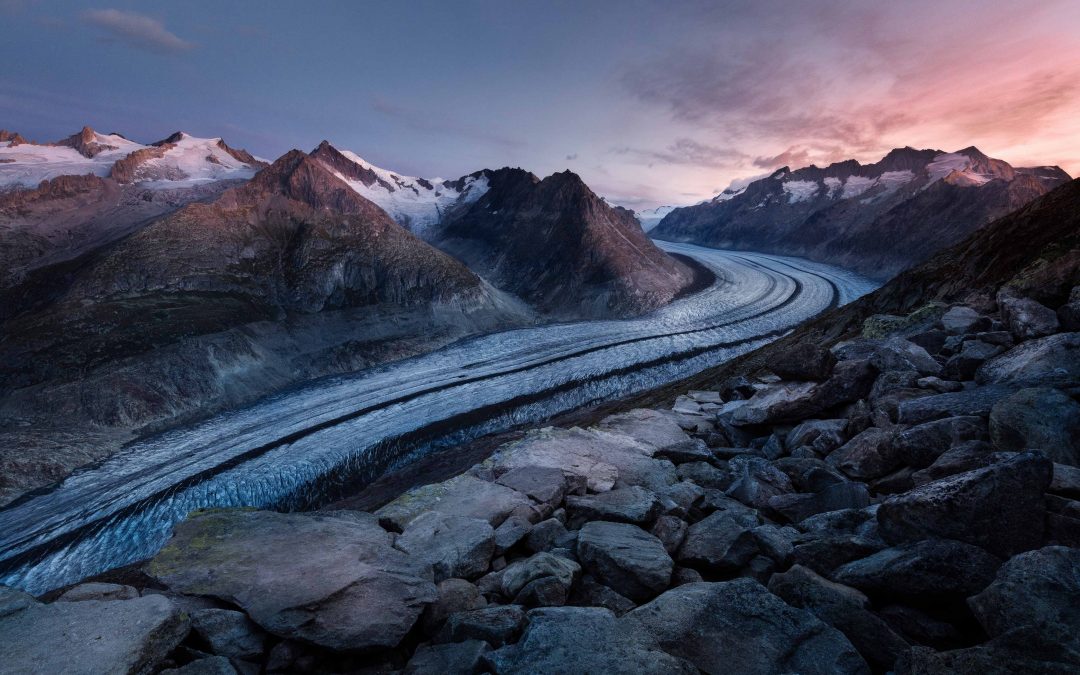 There is no fear in love; but perfect love casts out fear, because fear involves torment. – 1 John 4:18a

The fear of death is universal. So many people fear death that the field of thanatology was created. Death is a big issue for the living. One article wrote the following about the fear of death in society:

Eight in ten people fear death! Another study found that only a little over 20% of people are “afraid” or “very afraid” of dying. [2] I question that figure. I think the young are much less likely as demographic to fear death. They are young and full of life. For them death is far off. But the older you are and closer you believe you are to death, the more likely it is that you will be concerned about or fear death. Such fear can be paralyzing. The fear of death can be all consuming. And death doesn’t only come to the elderly, it can come at any time. No one is exempt from the possibility that they may die. But you don’t have to fear death.

The Bible is God’s revelation to humanity. It contains the truth about the reality of our existence. It speaks of our reason for being. That is the presupposition for this writing. I am writing from the Biblical worldview. You may not agree with this world view. You may have a more secular or “scientific” or psychological or another religious oriented world view. But the secular, science, psychology, and religions other than Christianity are all limited in that they don’t have Someone who has died and lived again to talk about it. Jesus tasted death and rose from the dead and He, through His word, has provided us with “the truth” about death and what follows. Christians have an Eyewitness to death and what follows.

You may not accept my Biblical world view. I pray you would change your mind. I pray you’d be curious enough to read on. And if you fear death, this teaching will provide you a solution to such fear.

I’m going to write a bit differently than I normally do for this piece. I’m going to keep my words to a minimum and let the scriptures speak for themselves. I’ll insert a few guiding words. But the power rests in the word of God itself. “For the word of God is living and powerful, and sharper than any two-edged sword, piercing even to the division of soul and spirit, and of joints and marrow, and is a discerner of the thoughts and intents of the heart” (Hebrews 4:12). I’d be happy to respond to any questions you have in the comments section of this blog. The Bible states clearly, “So then neither he who plants is anything, nor he who waters, but God who gives the increase” (1 Corinthians 3:7). That’s the spirit in which I share with you now. I’m giving you over to God. I pray you listen to Him through His word.

Even Christians can get caught up on the fear of death. But for us, the perfect love of God in Christ helps us deal with such fears. The Apostle John, also known as the Apostle of Love, was inspired to write about this saying:

“Perfect” (Greek telieos) means spiritually mature. In other words, when you come to know God’s love in a mature informed way, you won’t fear the prospect of judgement which comes at the point of death. “And as it is appointed for men to die once, but after this the judgment” (Hebrews 9:27). Yes, there is judgement after death. But God in His love has made a way for us not to fear such judgment.

Why do people fear death? Perhaps it is because to many death is a big black hole of the unknown. Ignorance often breads fear of one sort or the other. Perhaps people fear death because they inherently know that it might lead to something very bad. That very well might be the case. There may be good reason to fear death for some people.

The Bible speaks of two ultimate destinations at death:

In the Bible God provides a solution to the fear of death. That solution is in Christ:

This is a wonderful truth. If Jesus’ words are correct, (and I believe they are) then there is no need to fear death. That’s because those who believe in Jesus need not fear death. According to Jesus, it is possible to “never die.” Whew! That’s an awesome statement, an incredible truth, a relief to those who fear death.

Why is belief in Jesus the solution to death?

Jesus is the way to overcoming death. He is the truth concerning the matter of life and death. He is the means to experiencing life. “The life” is particularly eternal life. It is a special kind of life for those who believe in Jesus. “The thief does not come except to steal, and to kill, and to destroy. I have come that they may have life, and that they may have it more abundantly” (John 10:10).

But why don’t all people experience the life Jesus speaks about? What causes death? The cause of death is sin. While humanity is born physically and mentally alive, they are spiritually dead. Humanity is born in sin:

Sin separates us from God:

Sin is the cause of death:

As we are born in sin and continue to sin we work death in ourselves. But there is a willful decision involved here. We are born in sin, but that doesn’t remove our culpability. “Do not be deceived, God is not mocked; for whatever a man sows, that he will also reap. 8 For he who sows to his flesh will of the flesh reap corruption, but he who sows to the Spirit will of the Spirit reap everlasting life. 9 And let us not grow weary while doing good, for in due season we shall reap if we do not lose heart” (Galatians 6:7-9). The “flesh” (Greek sarx) is our sinful nature. The sinful nature is that part of us as human beings that lives for, lives by and is preoccupied with self. The sinful nature is that selfish part of us that sees the world revolving around us.

At this point you may think you’re in the clear. You may think “Hey, I’m not a selfish person.” But its not merely a question of not being very selfish. It’s a question of being selfish or sinful at all. That is God’s standard. “For whoever shall keep the whole law, and yet stumble in one point, he is guilty of all” (James 2:10). Why is God so strict? Why can even one single sin convict me? Because sin is cancerous; it never stays “little”; it always grows or spreads. Sin infects us. Sin warps our world view. Sin breaks us down. Sin debilitates us. Sin infects us. And God isn’t going to allow any sin in heaven. Sin separates us from God.

Sin is really about whether or not you “know” Jesus. The word “know” here is translated from the Greek term ginosko. The idea of this word “know” in the original language meant to become aware, perceive (as in “seeing is believing”), to understand, to be conscious of, to see something or someone as it/they truly are (not merely opinion or speculation).

When this word is used in the sense of knowing someone it means:

In light of this the question arises, do you know Jesus?

How can we come to know Jesus in a saving way? Jesus said it was necessary for a person to be “born again”; to experience spiritual birth similar to the way they were physical born. It isn’t a matter of mere religious activity. Proof of this is seen in a conversation Jesus had with a Pharisee (the most religious people of His day). To this religious pharisee named Nicodemas, Jesus said the following:

Later in the conversation Jesus says some very famous well-known words about salvation from sin:

Belief in Jesus is the basis for God’s forgiveness of sin for those who ask. The reason for this is that all people are sinners and sin is the cause of death in life:

The reason why belief in Jesus is necessary for our sins to be forgiven is that Jesus paid our death penalty. The consequence or “wage” of sin is death. This death is not annihilation but death penalty existence of torment as described above. But God has provided us a free gift in Jesus. A gift is not something worked for, it is something simply received. We receive a gift by faith. What is the gift bound up in Jesus? Jesus, as a Perfect Human Representative paid our death penalty for us on the cross. This is what we call Atonement.

Atonement means Jesus died to make a way for us to be AT-ONE-MENT with God. The Apostle Paul described the holy transaction in one verse being inspired to say:

That is the holy saving transaction in a nutshell. To believe that, to trust in that holy truth, results in our being forgiven of our sins and given spiritual life – being “born again.”

How do we appropriate or receive such a gift of salvation? First, we “confess” our sins to God.

To “confess” our sins (Greek homologeo) means to say the same thing as another, to agree with, assent, to concede. To confess our sins means to acknowledge and agree with God’s assessment of them. When we do that in conjunction with believing in Jesus God forgives our sins.

When we trust in Jesus as our Savior we are given spiritual eternal life by the Holy Spirit Who indwells us:

When we experience this eternal life through faith in Jesus Christ we receive an assurance, a calming influence from God concerning death. Hear the soothing comforting blessed words of God concerning this magnificent truth:

These are truly beautiful words from God to us. We need no longer fear death.

What happens when we die? The Bible says:

The instant we die, those who have been saved from their sins through faith in Jesus, go instantly into the presence of the Lord. No black hole to fall into. No grace to fear. Just the light of God’s glorious truths to run to. Death is us running into the loving arms of Jesus. That picture, that thought, dispels all fears of death.

Those are comforting and assuring and gloriously truthful words. They are the reason why Paul wrote:

These words give us a solid basis to not fear, but to live in power and love and soundness of mind. My prayer for you is that you trust and know Jesus as your personal Savior, that you experience His blessed eternal life, and that you pass this good news on to others. That’s the truth about death. That’s the truth about life. That’s the perfectly loving truth of God that casts out the fear of death. God’s loving provision in Jesus destroys our fears of death. Enjoy that my friend. Don’t fear it. Embrace the love of Jesus. God bless you. I’ve said enough. In Jesus’ name. Amen.