Warning: call_user_func_array() expects parameter 1 to be a valid callback, class 'collapsArch' does not have a method 'enqueue_scripts' in /home/customer/www/shepherdofhope.org/public_html/wp-includes/class-wp-hook.php on line 308
 Attitude Determines Altitude - Shepherd of Hope 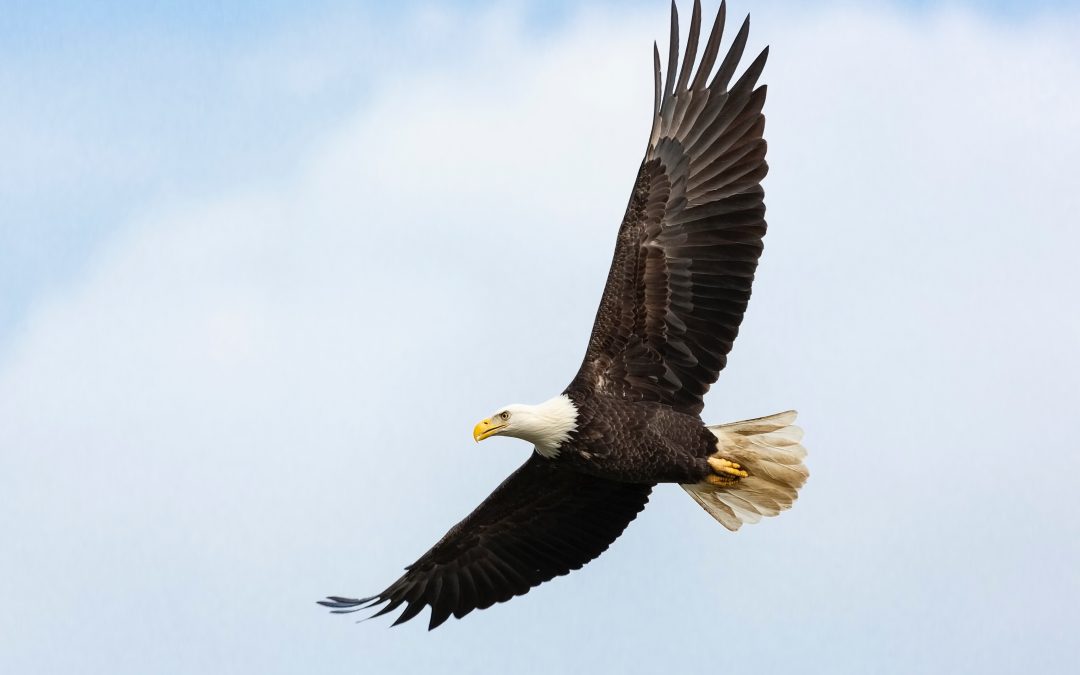 So likewise you, when you have done all those things which you are commanded, say, ‘We are unprofitable servants. We have done what was our duty to do.’” – Luke 17:10

Someone has said, “Attitude is everything.” If you have a good attitude, you are one step ahead of the game. Attitude determines your altitude in life. And the same can be applied to being a disciple of Jesus. In Luke 17:7-10, Jesus speaks about attitude. For the disciple to uproot trees of unforgiveness, or move mountainous obstacles in ministry, they must have the right attitude.    What should the attitude of a disciple of Jesus be? What attitude will help us reach altitude with Jesus? Here Jesus tells us.

7 And which of you, having a servant plowing or tending sheep, will say to him when he has come in from the field, ‘Come at once and sit down to eat’?

An attitude that understands the call to service. The first aspect of a disciple’s attitude is that they understand they are a servant. As we mentioned in the introduction, a “servant’ (Greek doulon) is a slave, bondman, servant. A servant was low man on the totem pole in society. They had few rights. They were at the mercy of their master to a great extent. Under Old Testament Law there were provisions to protect servants from abuse (e.g., Exodus 21:24, 26-27). But a servant was in a humbled, humiliating position in society.

A servant was expected to serve. As Jesus said here, when they came in from the field their day didn’t stop, they were expected to serve and continue serving until the master determined they had served enough. Do you have a servant’s attitude? Can Jesus ask you to serve and keep serving even though you have been serving all day? Do you look for a break after you’ve served? Or are you ready to serve and keep on serving as long and however Jesus requires you too?

8 But will he not rather say to him, ‘Prepare something for my supper, and gird yourself and serve me till I have eaten and drunk, and afterward you will eat and drink’?

An attitude of readiness to serve. To “gird” oneself meant to be ready for action or ready to serve. People of this day wore robes that made running or working cumbersome unless they “girded” themselves. To gird meant to reach down and take the back part of one’s robe and pull it up through your legs and tuck it into your belt making like a pair of short pants. This removed restrictions or a flowing part of the garment that might trip a servant up. What Jesus is saying here therefore was that, even when you have served in the field or been plowing, you need to remain ready to serve or answer the call of the master. Are you girded, ready to answer the call of Jesus at a moment’s notice? Are you ready to serve even after you’ve been out in the field plowing all day? Are you ready to serve?

9 Does he thank that servant because he did the things that were commanded him? I think not.

“He must increase, but I must decrease,” that attitude is what positioned John the Baptist to be greatly used and soar in God’s plans.

10 So likewise you, when you have done all those things which you are commanded, say, ‘We are unprofitable servants. We have done what was our duty to do.’”

An attitude of an unprofitable servant. As we mentioned in the introduction to this chapter, “unprofitable” (Greek achreioi adjective of achreios) means useless, unprofitable, good for nothing, worthless. We also said this term means helpless, foolish, unfit for war. Without their service, the servant is nothing. The idea is that a servant should get all of their purpose and meaning in life from their service of their master. Do you get your meaning in life from your service of Jesus?

An attitude of being “duty” bound. The servant of Jesus, rather than looking for compliments or attention, should be thinking “We have done what was our duty to do.” The word “duty” (Greek opheilomen Imperfect/Active/Indicative of opheilo) which means we are bound, we owe, we ar eindebtred. The idea is that a servant’s attitude should be appreciative to Jesus for the opportunity to serve Him.

We aren’t doing Jesus a favor by being His servant. The unprofitable servant shouldn’t expect lighter treatment when they “have done what was our duty to do.” The unprofitable servant should be ready to serve all the time, even when they have finished their initial task. We aren’t doing Jesus a favor by serving Him. We need to always remember, we are not our own, we have been bought with a price, the precious blood of Jesus!

The Apostles knew this all too well and taught the followers of Jesus the same. The following inspired words should humble us to the right unprofitable status:

Paul was inspired to say:

Peter was inspired to say:

The Apostle Paul, in the greatest chapter on the Resurrection, opens with an honest humble  disclosure of his heart attitude. And as we read these words, we see the attitude that enabled Paul to ascend to great altitude with the LORD.

Nathan Hale was born June 6, 1755 and died just beyond his twenty-first birthday on September 22, 1776. He was an America patriot, who served the American Revolutionary cause as a spy in the Battle of New York. When the opportunity presented itself, Hale volunteered to go on an intelligence gathering mission in the Battle of Harlem Heights, New York City but was captured and sentenced to be executed by hanging. At his execution he was asked if he had any regrets. His reply was, “I only regret that I have but one life to give for my country.” Nathan Hale had a servant’s heart and attitude to serve his country. Nathan Hale had faith that the revolution he was involved with would lead to the establishment of the United States of America. And he was willing to give his life, (and more if he could) for that cause. Nathan Hale gave his life for an earthly temporal cause. Do you have the same servant attitude to serve an eternal God in His eternal causes?

Dr. David Livingston, served as a missionary explorer to Africa from 1841-1873. He left his medical practice in London to spread the gospel in the heartland of the African continent and fought the Arab slave trade in the process. He became the best known and most loved of missionaries to Africa. He traveled a total of 29,000 miles during his missionary life. In 1873 David Livingston was found dead in an African hut, where he died on his knees in prayer. David Livingston died on his knees in prayer. What a way to go! When he died those who had been blessed by his ministry buried his heart under a tree in Africa and carried his embalmed body on a one year journey to the sea where it could be taken to his homeland of England and buried there. Btu his heart remained in Africa. In England he received the burial honors due a prince or king. What did this great partner of Jesus say about his life? Listen:

“People talk of the sacrifice I have made in spending so much of my life in Africa. Can that be called a sacrifice, which is simply paid back as a small part of the great debt owed to our God, which we can never repay? Is that a sacrifice which brings its own reward of healthful activity, the consciousness of doing good, peace of mind, and a bright hope of glorious destiny hereafter?

“Away with such a word, such a view, and such a thought! It is emphatically no sacrifice. Say, rather, it is a privilege. Anxiety, sickness, suffering or danger now and then, with a foregoing of the common conveniences and charities of this life, may make us pause and cause the spirit to waver and sink; but let this only be for a moment. All these are nothing when compared with the glory which shall hereafter be revealed in and for us. I never made a sacrifice. Of this we ought not to talk when we remember the great sacrifice which He made who left His Father’s throne on high to give Himself for us.” – David Livingston, missionary to Africa. [1]

In Isaiah 40 begins a section often referred to as “The Gospel of Isaiah.” It is a section that opens with an offer of comfort from God. Then we are given the prophetic words that refer to John the Baptist and his preparing the way of the LORD. It is a chapter that speaks of the brittleness of life and how it fades with time. It is also a chapter that speaks of the enduring word of God. In Jesus the LORD comes with “good tidings” that will dispel fear. it speaks of God’s strong arm and a reward He will bring. It speaks of God holding the universe in the “hollow of His hand,” and the omniscience of the “Spirit of the LORD.” it is a chapter of perspective as it states, “The nations are as a drop in a bucket,” to the LORD. There is no one like God. None so great and mighty and all knowing and all powerful. Three is none like Him. And it speaks of the foolishness of trying to hide from Him or live in some way without Him. Then we have those incredible climactic inspired words, “Have you not known? Have you not heard? The everlasting God, the LORD, the Creator of the ends of the earth, neither faints nor is weary. His understanding is unsearchable. He gives power to the weak, and to those who have no might He increases strength. Even youths shall faint and be weary, and the young men shall utterly fall, but those who wait on the LORD shall renew their strength; they shall mount up with wings like eagles, they shall run and not be weary, they shall walk and not faint.” “They shall mount up with wings like eagles.” All of this chapter is connected to weakness, weariness, those who need comfort, those who have come to the realization that their strength is not enough. this chapter speaks of those travelling in the valleys of life. It speaks of mountains of pride being brought low. “All flesh is grass.” “The grass withers, the flower fades, because the breath of the LORD blows upon i; surely the people are grass. The grass withers, the flower fades, but the word of the God stands forever.” All of this is spoken to those who have learned, you might say, that they are unprofitable servants and all that they have done and experienced, is simply their duty or what can and should be expected of them. That is the attitude that enables us to elevate. That is the attitude that enables us to soar like an eagle with the LORD. That is the attitude that enables us to soar to high altitudes with the LORD. Do you have such an attitude?

Do you have an attitude like Nathan Hale or David Livingston that will help you soar in altitude in the secular or spiritual causes of God? In effect we need to stoop low to soar high. Do you accept that you are an unprofitable servant with no rights, and no basis before God to be anything except thankful to be included and used by God. We need to humble ourselves under the mighty hand of God that He might exalt us in due time (1 Peter 5:6-7). Your attitude determines your altitude with Jesus. What’s your attitude?