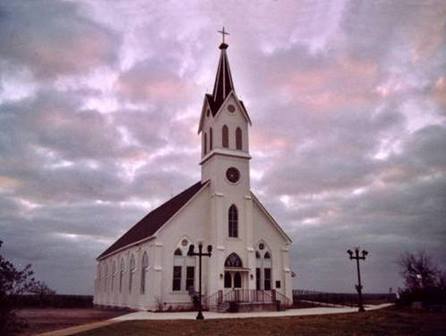 “These all continued with one accord in prayer and supplication” – Acts 1:14a

But even prospering churches of our day don’t live up to those early standards. Most churches aren’t anywhere near what’s described in the Book of Acts. There are moves of the Spirit in history. There are some churches that are living out a New Testament ministry. But many are not. Why is that?

There’s one other thing about the early Church that I left out. I believe this other aspect of the early Church is an overlooked key to unleashing God’s power. That key is unity. When we look at the pre-Pentecostal church we see “about a hundred and twenty” people who were willing to come together and pray. “These all continued with one accord in prayer and supplication, with the women and Mary the mother of Jesus, and with His brothers” (Acts 1:14). We don’t know if these hundred and twenty had any differences but as people I’m sure they did. The point being here, is that whatever differences they did have, they set them aside to unite in pursuing the priority of Jesus to be empowered by the Holy Spirit. When the Church today is willing to set aside its secondary differences and unite in prayer to pursue the empowerment of the Holy Spirit, the Father’s promise to us, then I believe, we will be in a position to experience the power of the Spirit as it was in the beginning.

Now let me qualify and address some of the issues of “unity,” that some of you Bible students and especially students of prophecy will be concerned about. I’m not talking about an eclectic ecumenicism that unites in a way that disregards God’s truth. I’m not talking about all the religions of the world uniting. I’m not talking about a one-world-religion that we will see in the end times. No, in fact, there are times when we must separate or divide from people and “churches.” Paul was inspired to write the Romans, “Now I urge you, brethren, note those who cause divisions and offenses, contrary to the doctrine which you learned, and avoid them. For those who are such do not serve our Lord Jesus Christ, but their own belly, and by smooth words and flattering speech deceive the hearts of the simple” (Romans 16:17-18). To the Corinthians Paul was inspired to warn, “But I fear, lest somehow, as the serpent deceived Eve by his craftiness, so your minds may be corrupted from the simplicity that is in Christ. For if he who comes preaches another Jesus whom we have not preached, or if you receive a different spirit which you have not received, or a different gospel which you have not accepted – you may well put up with it!” (2 Corinthians 11:3-4). Part of our Christian calling is to “contend earnestly for the faith which was once for all delivered to the saints” (Jude 3).

I suppose here would be a good place to recall the well-known dictum, “In essentials unity, in non-essentials liberty, in all things charity.” This quote is frequently, but incorrectly, attributed to Augustine. The author of the quote is little known German Lutheran theologian of the early seventeenth century by the name of Rupertus Meldenius. [1] Admittedly, in our day, (which I and many others believe are the last days as described in prophetic scripture), when speaking of unity, we must tread cautiously and with great care guarding against “deceiving spirits and doctrines of demons. . . lies in hypocrisy” (1 Timothy 4:1) as well as the proliferation of self-love and its host of immoralities (2 Timothy 3:1ff.). But such spiritual land mines should not be allowed to rob us, His Church, of inserting the key of unity into the door that opens to His power.

Jesus came to unite the two great counterparts of humanity, Jew and Gentile. Jesus has “broken down the middle wall of separation” that divided these two groups (Ephesians 2:11-3:21). We need to stop acing like spiritual children or as the Apostle Paul was inspired to say, “as to babes in Christ” (1 Corinthians 3:1). We have to stop living in the shallow spiritual realm of glorifying anyone other than Jesus Christ (1 Cor. 3:2-10). We have to stop being groupies to ministers we’ve made into Hollywood-like stars. There is only One worthy of our accolades and emulation, Jesus. “For no other foundation can anyone lay than that which is laid, which is Jesus Christ” (1 Corinthians 3:11). Jesus alone is the only One worthy of our fixed gaze and glorying in (Hebrews 12:1-2).

In Jesus high priestly prayer, prayed by Him the night before He went to the cross, was a prayer to the Father interceding for us. And at the top of the prayer request list for us was a call for our unity. Jesus prayed:

I don’t believe this was any casual prayer of Jesus. The Bible refers to Jesus’ prayer the night before He went to the cross as, “when He had offered up prayers and supplications, with vehement cries and tears to Him who was able to save Him from death, and was heard because of His godly fear” (Hebrews 5:7). No, this was no insta-prayer or minute-prayer. This was a prayer from the heart of Jesus. He prayed it for the first disciples. But He also prayed “for those who will believe in Me through their word.” That’s us! And at the heart of that prayer was His petition “that they all may be one.” He made a direct connection to such unity with His Church’s ability to reach the world. Unity was an essential “that the world may believe that You sent Me.”

Jesus prayed for us to be united in Him. Will His prayer be answered? It was answered in the early Church. But what about today? Throughout much of human history the Church has strayed. By the end of the first century the Church had left its first love Jesus (Rev. 2:4), allowed itself to stray into false doctrine (Rev. 2:14-15), strayed into immorality (Rev. 2:20), was assessed as “dead” by Jesus (Rev. 3:1), or lukewarm and passionless (Rev. 3:16). Indeed, by the end of the first century, Jesus was on the outside looking in to His Church. He had to knock on the door to fellowship with those He died for (Rev. 3:20).

How did the Church go down hill so fast? I think the first correction to the church in Ephesus is key. “You have left your first love.” And in those words, is a clue to what went wrong. The Spirit had either been left out or departed from much of the early Church at this point. Why do I say that? It is the Holy Spirit who produces the fruit of love in the individual as well as the church (Galatians 5:22-24). “The love of God has been poured out into our hearts by the Holy Spirit who was given to us” (Romans 5:5).

When the Spirit is working, there is love. When love is absent, so is the Holy Spirit. And whatever is done without love is worthless as far as God is concerned (1 Corinthians 13). A loveless church is a lifeless church. A loveless church is a church of discord and division. The Spiritless loveless church doesn’t share its resources. It isn’t even aware of the needs ot those around them (1 John 3:16-18). The evidence of our spiritual birth is love (1 John 4:7). A lack of love exposes us as those who do not know God (1 John 4:7-10). “Beloved, if God so loved us, we also ought to love one another” (1 John 4:11). And such love makes a difference. “My little children, let us not love in word or in tongue, but in deed and in truth” (1 John 3:18). It’s when we love others that we see God manifested (1 John 4:12). Love is a sign of life. And unity is a product of love.

What does this Spirit-filled powerful loving Church look like? In its first stages of birth, when the Church was turning the world right-side up and fulfilling all that God intended it to fulfill, it looked like this:

Unity, proper scripturally sound unity, is the key to unleashing God’s power in us individually as well as corporately as churches. Let’s pray for such unity. Let’s unite in prayer for such unity in our churches. Let’s pray whatever part we play in division or a lack of unity would be exposed to us by God and then that we would repent of it and unite before the Lord in prayer for His empowering promise. Come on my precious brothers and sisters in Christ, let’s unite in prayer together. Join me in this prayer and let’s see if God won’t revive us to a true fresh Pentecostal outpouring of His Holy Spirit upon us.

Father, I come to You in Jesus name. Father, forgive me.

Too often I have left my first love Jesus and been distracted by the things of this world or selfish pursuits. Too often I have been obsessed with my opinions, or my “rights,” or my desires or objectives, hopes and dreams. I have not made the unity Your Son Jesus prayed for my top priority. I have too often been a source of division. I’ve not actively pursued the unity of Your Church. I haven’t loved like I should have. I have been deaf to You Holy Spirit.

Please Lord, I repent. I come humbly before You. Please help me to love like I should as Your child. Help me to be an agent of unity in the Spirit. Help me to put my pettiness aside and come to You seeking Your will above all other wills to be done.

Father, help me to be a part of uniting Your Church. Help me as a part of Your Church, to bring You glory and praise. Father, help me, my church, and all Your churches to be united and revived by You to a unity that will open the powerful floodgates of heaven. Father, in Jesus name, by the power of the Holy Spirit, help us to be what we need to be, to do what You call us to do, for Your glory, until Your Son Jesus returns. In Jesus’ name. Amen.